Lagos PDP in a fix over Adewale’s chairmanship claim

Elders and stakeholders of the Peoples Democratic Party (PDP) in Lagos are perturbed over the protracted crisis in the party, Daily Trust can report. 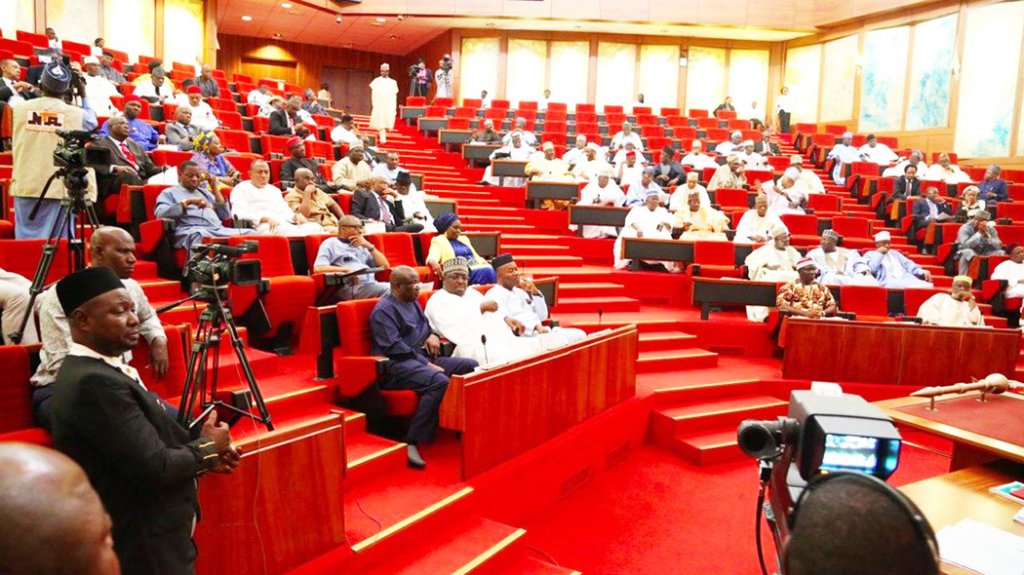 Peoples Democratic Party (PDP) National Assembly members in Ekiti State and Senate Minority Leader, Biodun Olujimi, as well as Chairman of the Senate Committee on Airport, Senator Duro Faseyi, yesterday assured their supporters from the three senatorial districts of the state that they would ensure that the mandate given to them in the February 23 National Assembly poll to represent them at the upper chambers is reclaimed through legal means.

The Joint Admissions and Matriculation Board (JAMB) has described as fake, a trending report that scores of candidates who sat for the Unified Tertiary Matriculation Examination (UTME) are being reduced.
The board in a statement signed by its Head of Media and Publicity, Dr Fabian Benjamin, and made available to the News Agency of Nigeria (NAN) on Monday in Abuja, said the report was false.
The report had claimed that scores of candidates who sat for the UTME and were found wanting by the board were being reduced by 100 marks.
JAMB said that an investigation carried out discovered that the fake news emanated from a gang who coordinated from a town called Igarra in Edo state with affiliates in Lagos and other states.
The board described the act as fraudulent and meant to extort parents and candidates.
“A gang being coordinated from a town called Igarra in Edo State with affiliates in Lagos, Ogun, Osun, Abia, Anambra and Plateau states are circulating fake notice of impending reduction of UTME scores.
“This is with intent to extort and defraud parents and candidates.
“Candidates results would be received on their registered cell phones as soon as the ongoing scrutiny of the examination centers are completed and publicly announced.
“Only the fraudulent candidates or parents stand being defrauded on this matter,” the board said.
NAN recalls that Benjamin had in an interview on Sunday nwarned candidates not be carried away by rumours and misleading information in some sections of the media, especially the social media.
He also said that the board distances itself from such rumours about releasing results of candidates of the just concluded UTME and steps to check these results as being speculated.
NAN reports that the 2019 UTME was conducted nationwide from April 11 to 18.
More than 1.8 million candidates registered for the examination.